Tide generating force is a result of the gravitational attraction between the Moon, Earth and Sun. It was fully discovered by the work on gravitation by Sir Issac Newton. All surfaces of the Earth are pulled towards the Moon and Sun. This force has little effect on land masses, but it does an obvious effect on the water of the Earth’s Ocean.
Twice, each month, the tidal range reaches a maximum and these large tides are called Spring tides. Halfway through the monthly cycle, the range is much smaller, and these weak tides are called neap tides.

As the moon rotates around the Earth, it pulls water outward into a bulge. The similar bulge is created opposite side of the Earth by the planet’s spin. These two bulges produce two different huge tides in the same day. During the full moon and New moon, when sun and moon are in the same line there gravitational pull produces spring tides; At this time the high tides are very high.
When sun and Moon are in right angles to each other the gravitational pull on the Oceans is less and produce low tides known as a neap tide. 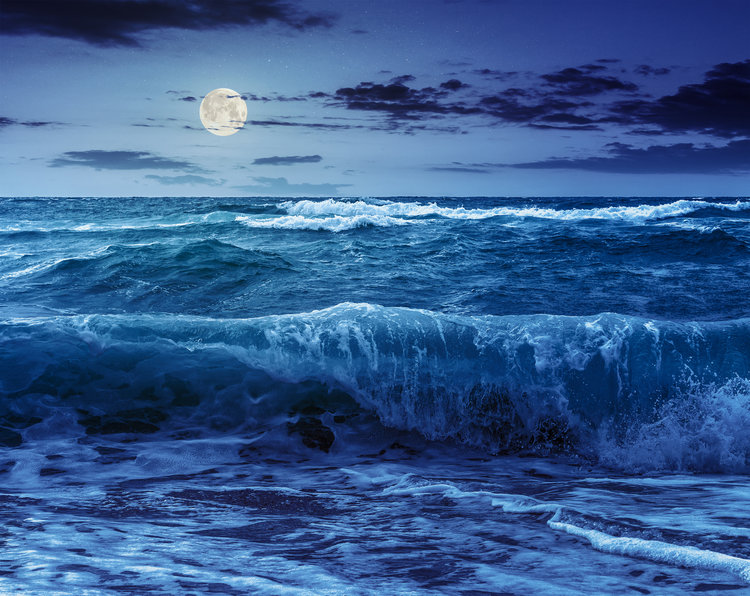