The Sin of this world never ends; outbreak still happen from centuries

The sin of this world never ends; Outbreaks still happen from centuries.

People destroy the world by their useful inventions( for their purpose only not useful for other species) from the past centuries. Each century nature decided to repay what these people have done. Nature revenge on the people in 20th years of every century by its newly born virus or other microbes.

There are lots of developments created this time but nature also has other ideas. Every time people struggle and overcome these kinds of cruel outbreaks, but the cost they pay for these attacks are countless deaths. Now we see about some of the outbreaks happened past centuries.

During the 16th century, the plague was one of the deadliest diseases. That time People celebrated and proud themselves for their cultivation of grains and other vegetables. Meanwhile, rats also spread their colonies all over the world they spread the deadliest plague to the people. This disease repeatedly struck the cities of North America and Algeria. 30,000 – 50,000 people died during the year 1620-1621. This disease remained a major crisis for up to the 19th century.

The Great Plague of Marseille in the significant outbreak of the European continent. The name of this Outbreak is popped from the City, Marseille, France; the first bubonic plague arrived. More than Millions of people were killed by this disease. Notwithstanding a large number of deaths, Marseille recovered soon from this Outbreak. 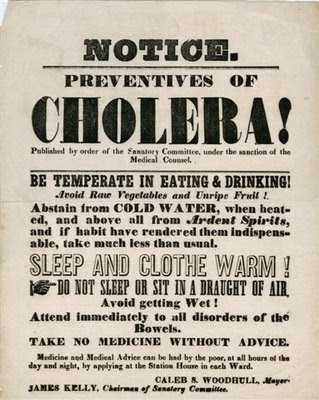 This cholera first originated from the Calcutta; during the festival time near the Ganges River. The disease slowly spreads northeast India and all over Asia. China, Bangkok, Japan were affected by the deadly disease. This outbreak is well-known by its name Asiatic cholera. Still, no one knows the total deaths by this outbreak but Bangkok said that more than 30,000 people died in their country only. Still, Scholars calculates the small regions for getting the death result.

During 1918-1920 the people struggled between the new kind of influenza pandemic. Abut the one-fourth of the world population affected by this outbreak. Nearly, 17 million people were passed away from this deadly creature. Some scientists say that this disease is deadly because it initiates the CRS, Cytokine Release Syndrome that means this virus triggers the cytokine secretion this will increase the unusual activity of our Immune system that causes the death.
Both the Cholera and Flu were considered as the deadliest because they spread by air. That’s why people struggle to handle that outbreak at that time. Similarly, people don’t give importance to social distance. This causes the disease to spread.
Categories: facts of the day