Many reported that new pic of the sunset causes there mobile crash while they set the image as their phone’s wallpaper. This news widely spread all over the world. Some of the people believe that the image has a ghost inside it and some think that hackers spread this image includes one kind of new virus. 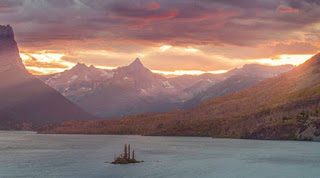 But the reality is the small error in the colour system of the android os. That causes the blackout of your phone because the mobile can’t analyse the colour corrections in that image. Not all mobiles are hit by this problem. Only the mobiles below the android version 10 have this problem.

Who takes this image?

Recently Agarwal a photographer who said that he took that picture by the Nikon camera and later he edit that using lightroom before post that image in flicker.

South Korean Electronic Monster Is Back

South Korean Electronic giant yet reveal the price of the Galaxy S10 Lite, on January 7 of this year. The S10 Lite will come with two varieties of configuration 6GB RAM 128GB Storage and 8GB RAM+128GB Read more…

This Is Why Whatsapp Stops Work After 2020 For These Mobiles

This Is Why Whatsapp Stops Work After 2020 For These Mobiles credit: third party image reference Whatsapp is a primary messenger app for all in one communication. People made this as their essential app from Read more…