The little known things about Aurora

If you visit artic places; then you see the colourful lines like a rainbow wave. These waves are known as Aurora. It’s magnetised itself. Mostly, these waves are present in the Poles of our Earth. Each aurora contains its colour pattern differs from others. You can see them in Green, Red and sometimes yellow as a primary shade. But, How this occurs in an atmosphere? Is that anyone playing with a paintbrush in our atmosphere, Definitely not. 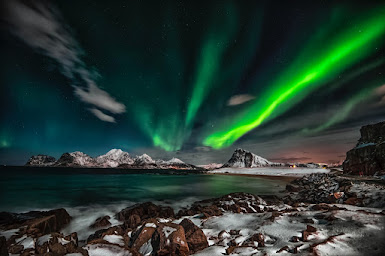 We all know that the Sun is also a star. Sun is in yellow because it spends half of its life. Don’t worry; Its half-life is more than a million years. Learn more about How to determine the age of stars by its colour? In some places of each star contains a large amount of magnetic field. It pushes itself via the hot ionised gas called plasma.

Every star can produce plasma but, the Earth’s Nearest star is Sun. So the Sun contributes more number of plasmas to enter our atmosphere.

Now, We come back to Earth. It acts like a magnet. Where the magnetic lines in the pole area huge than the magnetic lines in the other. Earth’s magnetic field deflects the upcoming plasmas. But, some of those plasma wind enters the north and south pole of the planet. These intruded rays interact with the particles in the atmosphere, and produces free electrons. These interactions cause the light. Also, the resultant electrons interact with more particles and glow more. 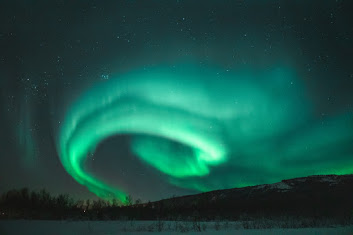