Warning: Mosquitoes | A to Z about mosquitoes and diseases caused by them.

Mosquitoes are the vehicles in biological vehicles. People always think mosquitoes are the worst species, probably correct. But the reality is mosquito is harmless species they suck some drops of blood from mammals. The blood fully used for the reproduction process. These little species use the blood protein to lay eggs. So, only female mosquitoes bite humans because male can’t lay eggs. Male mosquitoes only take nectar from flowers. Kind persons, please give some blood drops to develop a family. Mosquitoes don’t cause serious issues, the disease caused by what these carries. The taxi driver doesn’t know about the passenger; he drops them. After the next day goes through on Newspaper, he realises that the passenger is a bank robber. Same way mosquito does, they don’t even know what they carry.

Why mosquitoes lay eggs in water?

Mosquitoes are very sharp; they always try to save their larva safe. These ladies lay their eggs in containers and water-storing areas.  Aedes mosquitoes prefer to lay eggs in clean water, but others lay the eggs in clean and dirty water. Mosquito’s eggs are stick in a container with a glue-like material. They can survive for more than eight months. When the rainwater enters the vessel, the egg breaks, and the larva becomes adult within a week.

Mosquitoes come under the group called Diptera. Insects from this family can use only one pair of wings to fly. More than 3,500 species, including housefly, comes under this family. Mosquitoes are live all around the world except Antarctica. Four common mosquito types are, 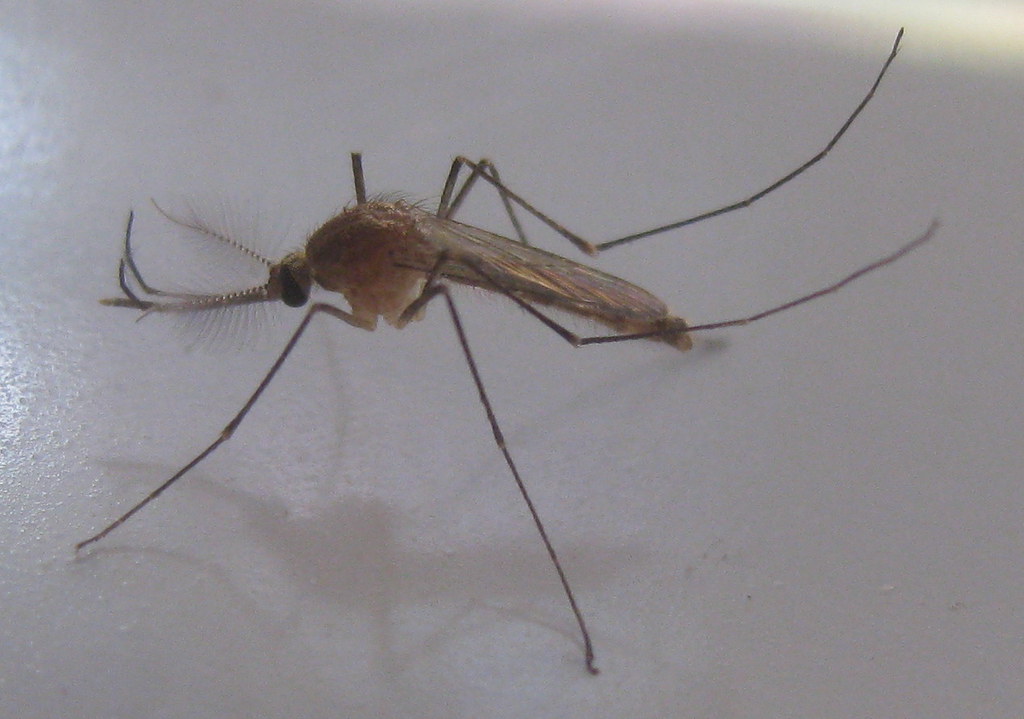 They are pale brown with white stripes; size varies between 4 and 10 mm. They can lay eggs 50 to 400 eggs at a single time. Usually, the eggs hatch within 14 days. Although it takes a long depends on the weather and water level.  They lay eggs in flower pots, broken pipes, outdoor vessels etc. 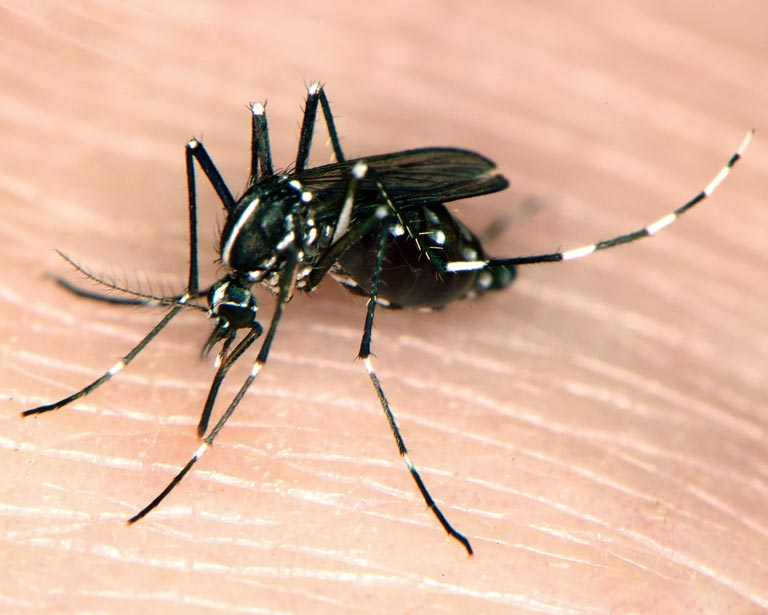 These mosquitoes first discovered in 1985. These guys are also known as a badass. These mosquitoes carry more viruses like Dengue and Zika.  Usually, they are poor fliers flies just half a mile from they hatch. These species lay eggs in clean and standing water. Tiger mosquitoes are day shifters, bites in the day time. 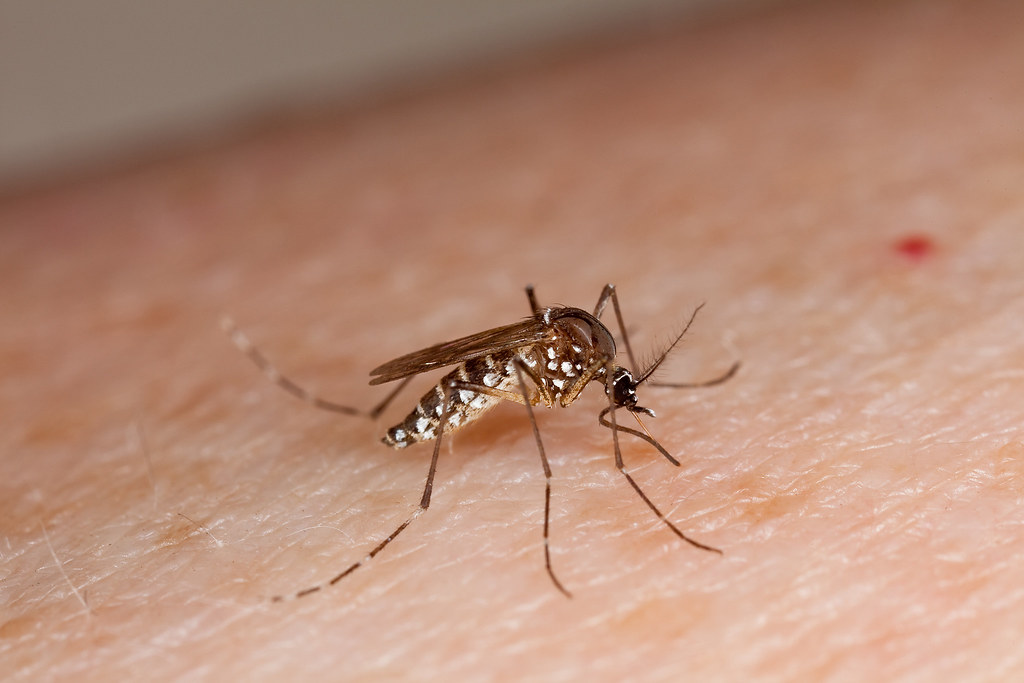 Southern Mosquitoes have the same behaviour as house mosquitoes, but they found in tropical and sub-tropical areas. These species are night feeders. Also, it’s the primary vector of the Encephalitis virus.

Zika is a mosquito-borne disease caused by the Zika virus. In many cases, there are no symptoms, but it can possess similar symptoms like dengue. Symptoms include fever, red-eyes, rashes, joint pain and headache.

Dengue fever also a disease caused by the mosquito vector. Symptoms may occur after three to fourteen days after infection. The symptoms may include a high fever, headache, Joint pain, Vomit, muscle pain and skin rashes. In serious condition, the symptoms become severe vomiting and bleeding under the skin. Every year 25,000 people died because of dengue fever.

Yellow fever is a viral disease again caused by vector mosquitoes. This disease has symptoms that include fever, vomiting, back pain and nausea; the Illness becomes serious within three days. Some of the yellow fever patients, affected by Jaundice too. Nearly 30,000 people around the world died because of this.

Chikungunya also a viral disease caused by infected mosquitoes. Symptoms typically include the same as dengue, but the joint pains are severe. The patient cure within weeks, occasionally joint pains remains for more than six months.

How to eradicate the mosquitoes?

A simple answer is we can’t completely eradicate the mosquitoes. As we first discussed, mosquitoes are just vehicles; We can’t blame them for the diseases. For example, when someone hit by a car; He shouts about the car! That makes no sense at all. He needs to blame the driver. A wise person thinks differently; he tries to destroy all the vehicles.

We can’t swipe all the mosquitoes, but we can reduce the growth of it. Cleaning all the water reservoirs frequently and destroy the unused outside containers. Using chlorine and oil balls in the standing waters kill the eggs as well as larvas.

While already grown adult mosquitoes are easy to kill and same time needs some patience. The most durable and cheap device to kill these mosquitoes is our hands. But the problem is our eye is not precise, so we need some gadgets like an electronic bat and electric lamp.  Mosquito coils and other Mosquito killers do not kill these guys but make them unconscious. So don’t waste your penny on these mosquito coils, killers and sprays.

Naturally, make some smoke by the neem leaves that throw the mosquitoes from our territory. A cheap and easy way to prevent mosquito bite is using coconut oil and olive oil. Mosquitoes are afraid of both vitamin b1 and garlic. Just rub then in our body prevents mosquito bites.

Disclaimer: While writing this article author also stung by a few hundred mosquitoes. Also lost some drops of blood. So consider sharing and spreading this article.